Where it all started…

In the early history of the Boundary region, Christina Lake played an important role as being part of the waterway system that was used for transportation before the trails and roads of our time were built (Sandner, 1967). The first written record of its existence appeared in David Thompson’s journals (1811) (Boundary Museum, 2005). He did not visit its shores, but acquired his information from the First Nations People in the south as he traveled along the Columbia River. To these people, the lake was known as En-Chalm (Sandner, 1967).

One of the first uses of Lake En-Chalm for the first European settlers was the abundance of wild game, which had obvious values to the fur trade industry. In 1825 the Hudson Bay Company (HBC) had built a trading post just south of Lake En-Chalm named Fort Colville (Boundary Museum, 2005). Trading took place at Fort Colville on almost every day of the year. From 1826 to 1871, the same fifteen species were traded from the First Nations People; beaver, black bear, grizzly bear, muskrat, fish, fox, lynx, marten, mink, otter, raccoon, wolverine, badger, wolf, and coyote. Many other products harvested or made by the First Nations People other than furs were purchased by the traders of the Colville district. These included deer and elk hides, pine pitch for boats, leather wear, dried salmon, roots and berries, dried meat, horses, canoes, baskets, rope, snowshoes, and fresh game was traded as well.

In 1852 Angus MacDonald became a Fur Trader for Fort Colville bringing with him his family which included his eldest daughter Christina MacDonald (as spelled on the Fort Colville Cenotaph – St Paul’s Mission Site near Roosevelt Dam) who would accompany her father as his bookkeeper while he conducted his business on behalf of the HBC. On one of his trips through the area, Angus MacDonald and his riding party (which included Christina MacDonald) were crossing En-Chalm Creek via a raft used for ferrying people across. The raft broke apart mid-stream sending Christina and the years worth of HBC accounts into the water, as her father and the native guide pulled her to safety, the books that she had been carrying were still in her arms. Upon seeing this, her father and the local native chief named the creek and the lake that it flowed from, Christina, in recognition of her bravery. Fort Colville was established in 1825 and until its closure in 1871 remained a central fixture of the area (Boundary Museum, 2005).

Beginning in the first decades of the twentieth century, Christina Lake provided summer cottages, fishing (including a commercial fishery), swimming and other entertainment to residents of Grand Forks and the Boundary region. The 1920s saw further growth of Christina Lake as a recreational community and tourism destination. The completion of the Cascade-Rossland highway in 1922 provided vacationers from Rossland and Trail with a direct route to the Boundary for the first time. In the 1920s, Prohibition in the United States encouraged an influx of visitors from northeast Washington, who were attracted by the Lake’s saloons and dance halls. Even during the depression of the 1930s Christina Lake attracted a number of tourists, mostly vacationers from Rossland, Trail and the Grand Forks area. A summer resort hotel was built on English Point in 1928-9 and was run by George Brown and subsequent owners until 1942, when the hotel and its surrounding cabins were used to house Japanese families interred away from the coast for the duration of WWII. A few families remained in the area after the last of the restrictions were lifted in 1949, others settled elsewhere (Christina Lake Chamber of Commerce, 2005).

The years following WWII saw Christina Lake become well established as a recreational community. In the early 1960s the highway connecting Castlegar to Christina Lake was completed, saving vacationers from the Kootenays and Alberta hours of travel time, as they no longer had to follow the old Cascade-Rossland highway to reach the lake. As you drive through on the highway today, Christina Lake appears quiet and secluded. The frenzied energy of the prospecting era and the expansive optimism of the years surrounding the turn of the century may be hidden behind today’s laid-back community (Christina Lake Chamber of Commerce, 2005). However, the legacy of the lake’s early residents lives on as evidenced by the pictographs on “Painted Rock” on Christina Lake, our lakes namesake itself and in the names of our creeks, trails and roads systems.

Wildlife of the Week 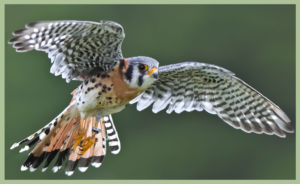